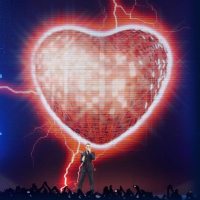 Do I have to give an explanation why I’ve chosen this?

Not really! George Michael is God!

He gave this song away Last Christmas as a gift to his fans on GeorgeMichael.com ,  the remastered version is released as a single on December 13th.

I’m not sure this will be Christmas Number One .. I’m sure the X Factor winner will have that covered but its not as normal as it was in the 1980’s for artists to release Christmas singles.

It’s a good week for George fans- His new “Live in London” DVD is out in Ireland on Friday! That will make one smiley happy person in my house.. er me! Plus he’s going to be doing a couple of gigs in Australia next February, it would be great if he did a couple in this part of the world.

This week’s Tune of the Week is George Michael: December Song (I dreamed of Christmas)

Channel 4 had the premier of the video on Saturday night.

I've been a bit bad with updating my blog and here