I spent some time last night catching up on a couple of movies I hadn’t seen. 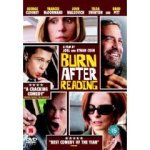 First up: Burn After Reading

Directed by Joel and Ethan Coen, this has to be the funniest movie I’ve seen in a hell of a long time.

A disc of ‘secret’ information is found, leading the characters of Pitt and McDormand to try and cash it in for a reward that doesn’t exist. Add the FBI, the Russians and maybe a few Spooks and you’re in for a great hour and a halfs entertainment.

Great cast and fantastic acting from George Clooney and Brad Pitt, who is often overlooked as a great actor in my opinion. 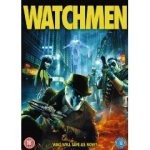 Based on the DC Comics and directed by Zach Snyder Watchmen always had a lot of live up to.

The movie is set in a futuristic 1980’s and Nuclear War is imminent. It follows the story of a group of retired, antiheroes I guess, they’re definitely not superheroes anyway.

Visually the movie looks great, I really like the colouring and the Green Screening/CGI is good but weighing in at 155 minutes the movies meanders so much that this viewer lost interest somewhere in the middle.

The best thing about this movie is the soundtrack, featuring the likes of Bob Dylan, Nena, Tears for Fears and Leonard Cohen. With names like that you can’t go wrong.

Took a late night stroll to the train station the